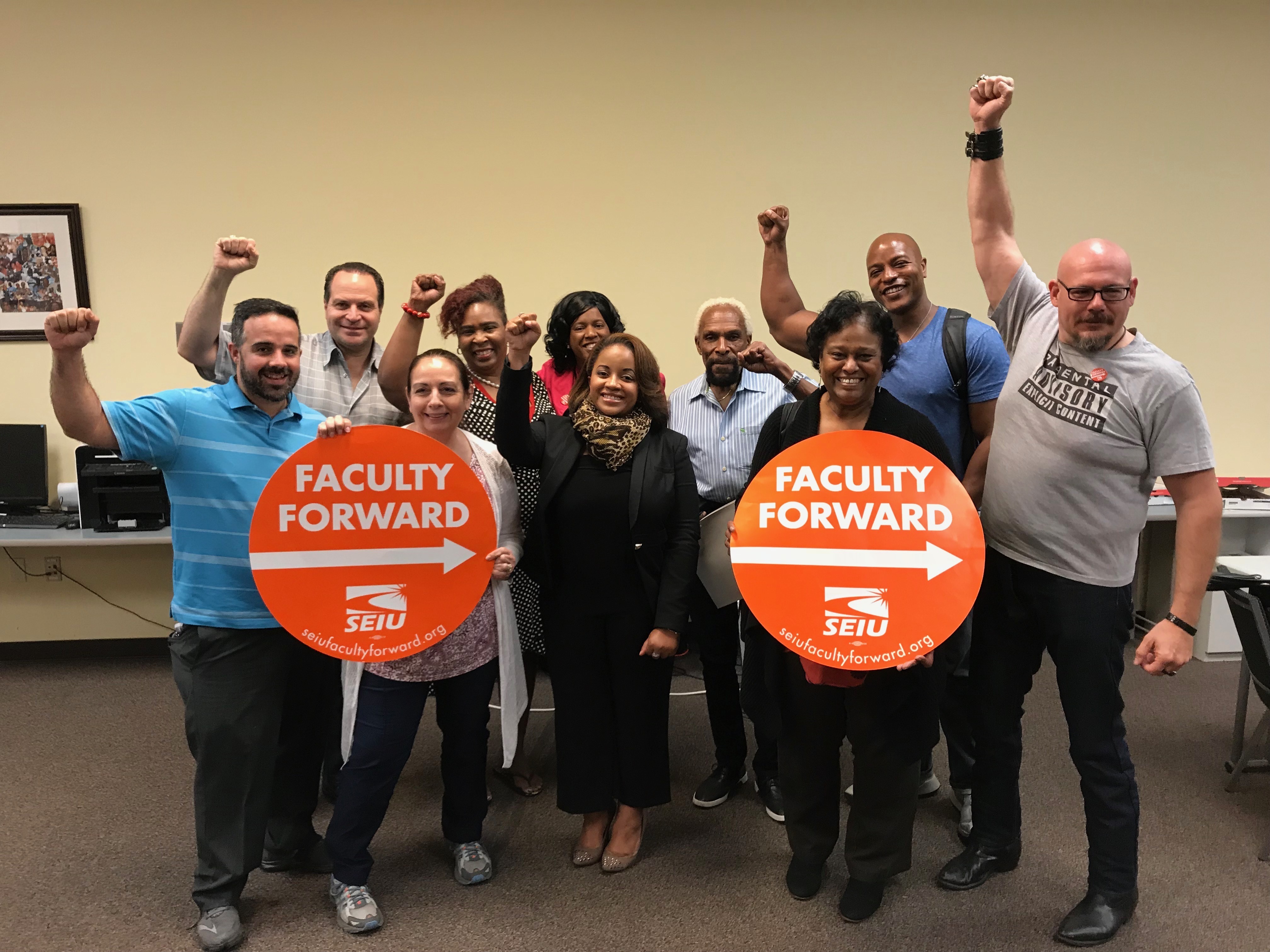 In the face of continuous attacks on working people, Miami Dade College (MDC) adjunct faculty members have joined the rising tide of Florida educators organizing for a stronger voice on campus and in the state’s capital Monday as they filled for their union election. An astounding 81 percent of MDC faculty are both part-time and contingent, and many are paid well under $20,000 a year.

"As an educator, we're being attacked from all sides. The Supreme Court is trying to limit our power. Politicians are cutting investment in colleges and universities," said Shelley Dockery, an adjunct graphic arts design instructor at MDC’s North Campus. "That's why it's more important now than ever to come together with our colleagues to have a voice on our campus and in Tallahassee."

In moving to form their union, Miami Dade College faculty join their colleagues at Valencia College, Seminole State College, Hillsborough Community College, Broward College and University of South Florida as part of a growing statewide movement of Florida adjuncts organizing to renew the promise of higher education for all Floridians. Adjuncts across the state have increased their calls for greater investment in the state’s higher education system, including tuition-free college, a minimum of $15 an hour and a union voice for all campus employees.

“It is no secret that Florida’s higher education system is in crisis. Adjuncts like me, some of us with PhDs, are being paid well under just $20,000 a year and our students are drowning in student loan debt,” said Alwyn Melton from the School of Justice at MDC’s North Campus. “We know these problems aren’t exclusive to Miami Dade College, but as the biggest community college in the state, it has an obligation to lead the way in solving these problems for educators and students alike. Right now, that’s not the case.”