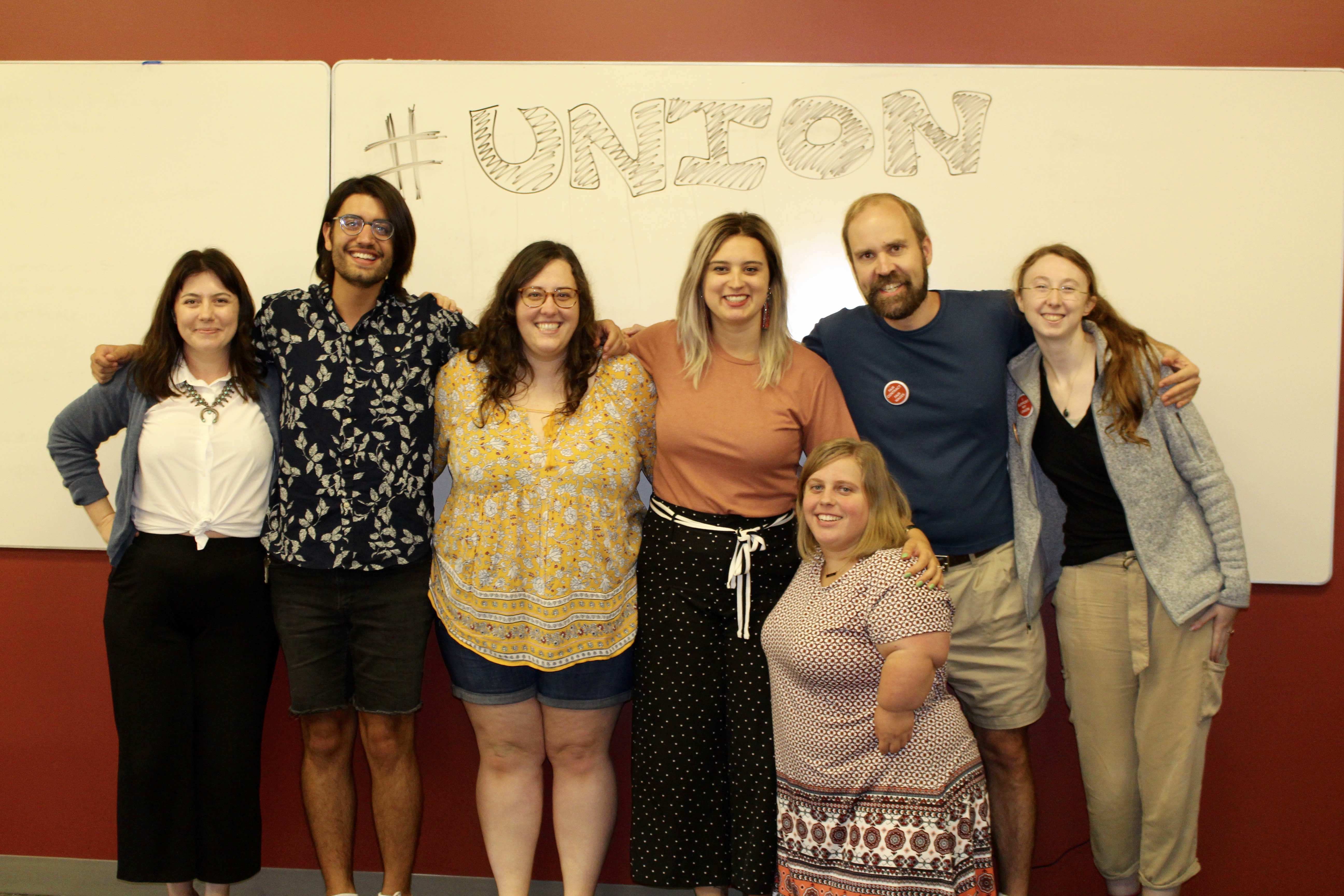 In a major victory for graduate workers organizing across the country, graduate workers at Brandeis University today announced that they have reached a tentative contract settlement with the university. The announced three-year tentative agreement is the first contract for graduate student workers at a private university since the 2016 NLRB decision that gave them the right to unionize. Brandeis graduate assistants also now have the first grad worker collective bargaining agreement at a private university in New England.

“Our teaching conditions are our students’ learning conditions. We want to be paid fairly for the jobs we do, and it’s important to be able to safely deal with conflicts in the workplace: both on behalf of our students and for ourselves,” said Kalee Hall, a graduate student in English at Brandeis. “We are committed to making Brandeis better, and the Administration is too. This contract shows how we can make Brandeis better by all working together and negotiating.”

The three-year agreement improves wages by up to 56% over the life of the contract and gives graduate workers access to the same professional development opportunities as faculty, academic freedom and workplace protections, and a voice in the decisions that affect their work.

“We’re the workers that make Brandeis work. With this contract, we’re being recognized for the valuable work that we do. We’re going to have a seat at the table and get the respect we deserve,” said Ben Kreider, a graduate student at the Heller School for Social Policy at Brandeis. “I feel very proud of the work we’ve done and the gains we’ve made on behalf of student workers.”

These achievements are the result of ten months of bargaining between graduate workers and administrators from the University. The tentative settlement is subject to a ratification vote by members of the union. They will join the other members of SEIU Local 509 with higher education contracts, including part- and full-time faculty at Bentley, Boston University, Brandeis, Lesley, Northeastern and Tufts.