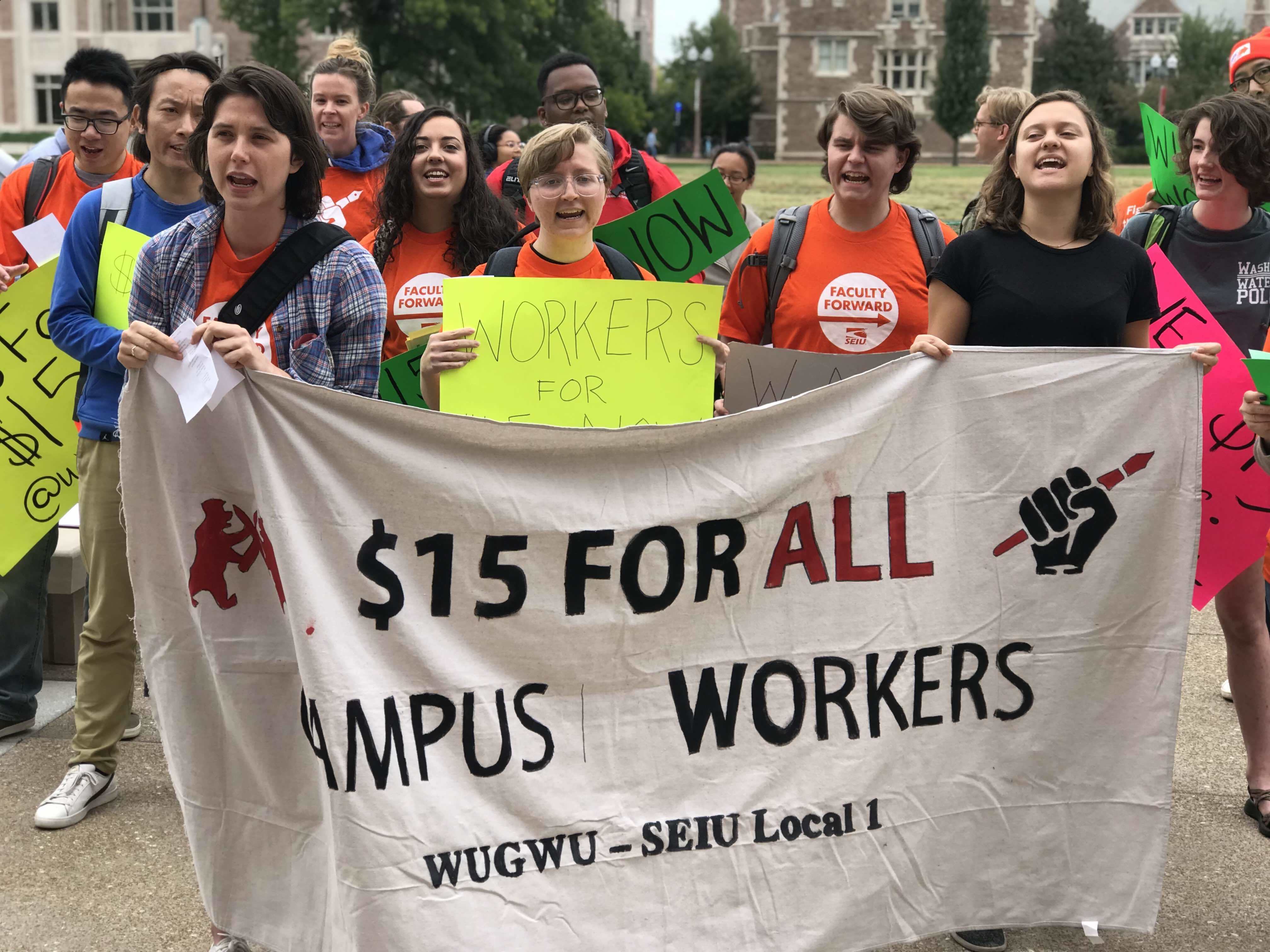 On the same day, MSNBC featured Brandon Wilson, a member of the Washington University Graduate Workers Union/Graduate Workers United, who detailed the $15 for All Campus Workers campaign and what issues really matter to students and workers on campus.