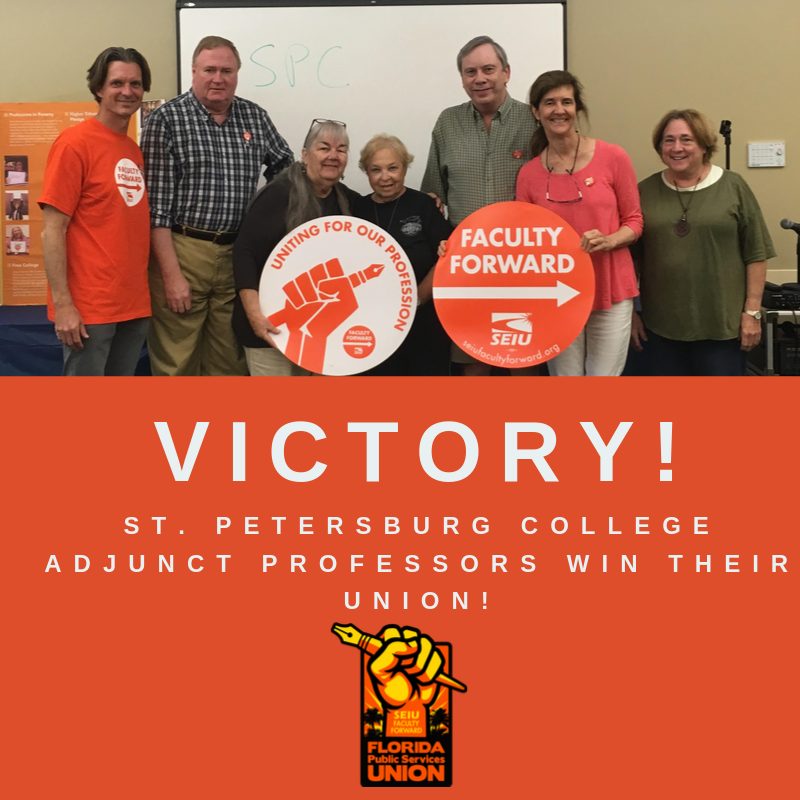 Florida’s higher education campaign is bringing the heat to the Florida College System as adjunct professors at St. Petersburg College have voted overwhelmingly to form their union. They are now the seventh group of adjuncts in three years to form their union with SEIU Florida Public Services Union.

Ahead of the election, several St. Petersburg College adjunct professors were featured in an in-depth piece on the nearly 9,500 adjunct professors in Florida that have formed, or are in the process of forming, their union. While attending the National Forum on Wages and Working People, Angela Edwards-Luckett, an adjunct professor at St. Petersburg College, spoke with ThinkProgress about why adjuncts nationwide, particularly in Florida, are calling on presidential candidates to support students and educators by investing in higher education.

“As the cost of college has soared, we have seen wages for educators plummet. Our students are stuck with the bill while administrators fight to keep colleges and universities running with increasingly smaller budgets,” said Angela Edwards-Luckett, an adjunct professor of world religions at St. Petersburg College. “Across Florida, educators are struggling. That’s why we voted to form our union at St. Petersburg College, so that the administration and legislators in Tallahassee and Washington can hear us.”