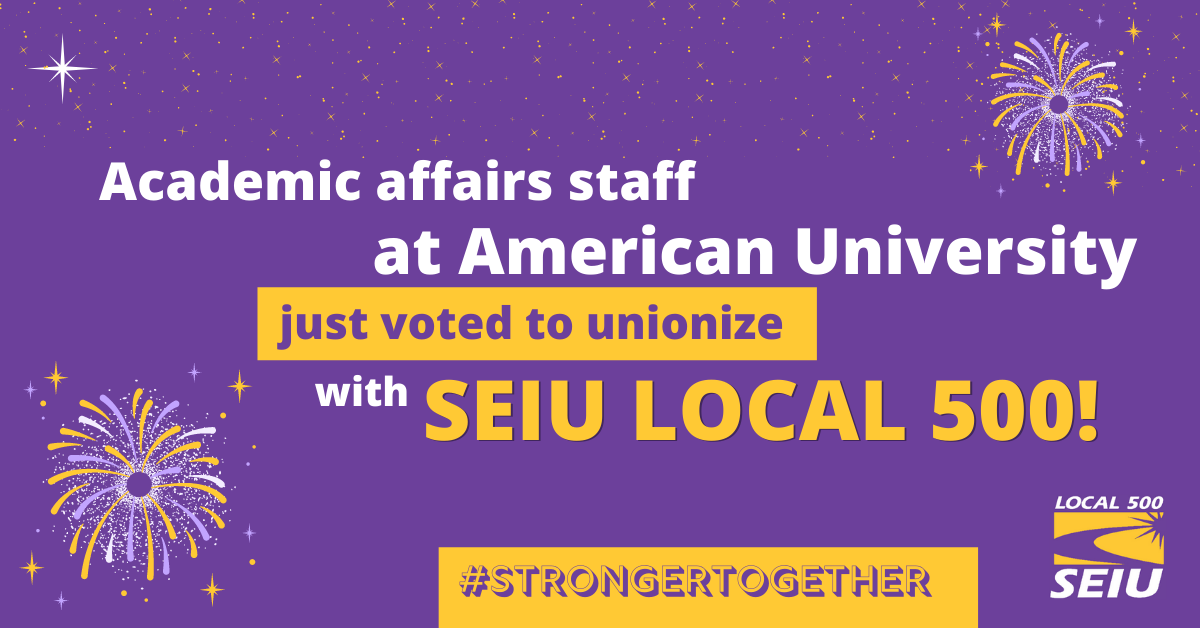 On November 16, 2020, staff in the Academic Affairs division of American University voted overwhelmingly to be represented by SEIU Local 500 as their union. They will now become part of the fastest growing union in the greater Washington, D.C. area, which is also the union that already represents adjunct faculty and graduate assistants at American University. SEIU Local 500 also represents the majority of adjunct faculty in our area.

The staff at AU began their campaign to unionize in 2019, motivated by concerns over high turnover and understaffing, fair pay, lack of opportunities for growth and advancement, and lack of transparency. Urgency increased when the pandemic brought these issues to the forefront along with access to PPE, paid leave, and concerns around layoffs and furloughs.

“This is a big step toward greater representation and better conditions on campus,” said Sam Sadow, a Visual Resources Curator and Adjunct Faculty at American who has been instrumental in organizing his fellow employees at the university. “We look forward to having a seat across the table from the administration from which we can bargain directly with university leadership for a contract that recognizes our essential role in upholding American University’s mission and values.”

Pia Morrison, President of SEIU Local 500, said, “we welcome the staff at American University to the Local 500 family. Thanks to the collaborative and productive relationship we as a union already share with American University as an employer, we are confident that the staff will be able to address many of their issues and build a strong voice in their working conditions.”